[dropcap]S[/dropcap]ri Ramana Maharishi needs no introduction among spiritual seekers. For many decades his philosophy and teachings spread among people through a small booklet named “Who am I?”, first published in mid-1920s.

Following is an excerpt from the book, where the sage of Arunachalam answers questions pertaining to Self-realization.

Question: Who am I?

Question: Will there be realization of the Self even while the world is there, and taken to be real?

Question: What is the nature of the mind?

That which is called ‘mind’, which projects all thoughts, is an awesome power existing within the Self, one’s real nature. If we discard all thoughts and look [to see what remains when there are no thoughts, it will be found that] there is no such entity as mind remaining separate [from those thoughts]. Therefore, thought itself is the nature of the mind. There is no such thing as ‘the world’ independent of thoughts. There are no thoughts in deep sleep, and there is no world. In waking and dream there are thoughts, and there is also the world. Just as a spider emits the thread of a web from within itself and withdraws it again into itself, in the same way the mind projects the world from within itself and later reabsorbs it into itself. When the mind emanates from the Self, the world appears. Consequently, when the world appears, the Self is not seen, and when the Self appears or shines, the world will not appear.

If one goes on examining the nature of the mind, it will finally be discovered that [what was taken to be] the mind is really only one’s self. That which is called one’s self is really Atman, one’s real nature. The mind always depends for its existence on something tangible. It cannot subsist by itself. It is the mind that is called sukshma sarira [the subtle body] or jiva [the soul].

Question: What is the path of enquiry for understanding the nature of the mind?

That which arises in the physical body as ‘I’ is the mind. If one enquires, ‘In what place in the body does this “I” first arise?’ it will be known to be in the hridayam. That is the birthplace of the mind. Even if one incessantly thinks ‘I, I’, it will lead to that place. Of all thoughts that arise in the mind, the thought ‘I’ is the first one. It is only after the rise of this [thought] that other thoughts arise. It is only after the first personal pronoun arises that the second and third personal pronouns appear. Without the first person, the second and third persons cannot exist.

Hridayam is usually translated as ‘Heart’, but it has no connection with the physical heart. Bhagavan used it as a synonym for the Self, pointing out on several occasions that it could be split up into two parts, hrit and ayam, which together mean, ‘this is the centre’. Sometimes he would say that the ‘I’-thought arises from the hridayam and eventually subsides there again. He would also sometimes indicate that the spiritual Heart was inside the body on the right aside of the chest, but he would often qualify this by saying that this was only true from the standpoint of those who identified themselves with a body. For a jnani, one who has realised the Self, the hridayam or Heart is not located anywhere, or even everywhere, because it is beyond all spatial concepts. [commentary by David Godman].

Question: How will the mind become quiescent?

The mind will only subside by means of the enquiry ‘Who am I?’ The thought ‘Who am I?’, destroying all other thoughts, will itself be finally destroyed like the stick used for stirring the funeral pyre. 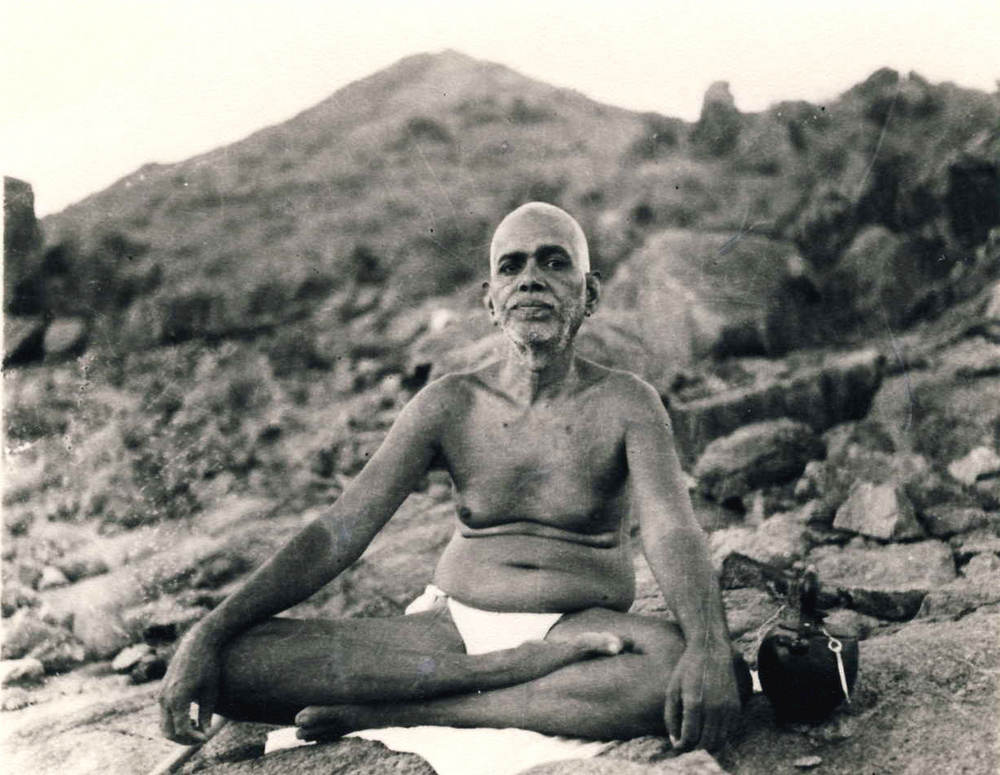 Question: What is the means for constantly holding on to the thought ‘Who am I?’ And what is jnana drishti?

If other thoughts arise, one should, without attempting to complete them, enquire, ‘To whom did they occur?’ What does it matter if ever so many thoughts arise? At the very moment that each thought rises, if one vigilantly enquires ‘To whom did this appear?’ it will be known ‘To me’. If one then enquires ‘Who am I?’ the mind will turn back to its source and the thought that had arisen will also subside. By repeatedly practising in this way, the mind will increasingly acquire the power to abide at its source. When the mind, which is subtle, is externalised via the brain and the sense organs, names and forms, which are material, appear. When it abides in the Heart, names and forms disappear. Keeping the mind in the Heart, not allowing it to go out, is called ‘facing the Self’ or ‘facing inwards’. Allowing it to go out from the Heart is termed ‘facing outwards’. When the mind abides in the Heart in this way, the ‘I’, the root of all thoughts, [vanishes]. Having vanished, the ever-existing Self alone will shine. The state where not even the slightest trace of the thought ‘I’ remains is alone swarupa [one’s real nature]. This alone is called mauna [silence]. Being still in this way can alone be called jnana drishti [seeing through true knowledge]. Making the mind subside into the Self is ‘being still’. On the other hand, knowing the thoughts of others, knowing the three times [past present and future] and knowing events in distant places — these can never be jnana drishti.