A college funded by a trust of the Swaminarayan Temple in Gujarat’s Bhuj is in the national news after FIRs were filed against the principal, the hostel rector, and the peon for allegedly forcing more than 60 girls to remove their undergarments to check if they were having their periods. This was allegedly done after the hostel authorities received complaints about some girls undergoing menstruation entering the temple and the kitchen in violation of the hostel rules.

While it goes without saying that the action of the school authority was unwise, insensitive, extremely problematic, and completely uncalled for, what is also of concern is the kind of media narrative that is being built around the larger question of how Hindu culture treats menstruation and menstruating women. One example would suffice to illustrate this.

A recent article in the Times of India by Vageshwari Deswal dismisses the entire milieu of varied cultural practices surrounding menstruation as “myths” that have no “logic or scientific explanation”. She traces the varied cultural and religious norms surrounding menstruation to the notion of impurity associated with the process of menstruation, asserting that this is wrong. This reduction of complex and multi-dimensional Hindu menstruation practices that are rooted in a wide range of principles — austerity, rest, celebration, and purification — to a single category of “impurity” is deeply problematic. However, what makes matters worse is when those in the position of giving an informed and thoughtful response to these misleading narratives end up making broad assertions without nuance and care, but which provide much fodder for media misuse. A case in point is the statements by Swami Krushnaswarup Dasji of the Swaminarayan Bhuj Mandir as reported in the Ahmedabad Mirror.

In any case, the answer to the central question, “What exactly are the Hindu views on menstruation?” is neither simple nor easy. Nothing is easy when it comes to Hindu practices. There are always layers of nuances involved. I actually ended up writing an entire book as an answer to this question. However, if I were to summarize in one sentence, then I would say that Hindu traditions consider menstruation as ashaucha, austerity, a period of rest, a healing, self-purifying, and a sacred process that should be celebrated. We cannot reduce such a complex and nuanced viewpoint into a simplistic understanding of “impurity”, based on the term “ashaucha”.

Ashaucha during menstruation is a state, not a class, of being

What is translated as “impurity” is the Sanskrit term ashaucha, and unfortunately the meaning is entirely lost in translation. Ashaucha is a layered term which has many meanings: unhygienic, ritual-impurity, incompetency, etc. In the context of menstruation, ashaucha simply means that menstruating women are in a heightened condition of rajas, which makes them ineligible for certain activities, including household activities like cooking, and spiritual activities like doing puja or entering temples.

Ashaucha is not a moral term, and using it does not imply a moral judgement. It is merely a description of the ineligibility of menstruating women to perform certain actions. The basis of such ineligibility is a complex understanding of how the human body and mind works. Heightened condition of rajas at the level of prana and mind implies that during that condition one is ineligible for all conventional spiritual activities as well as activities like cooking that involve an exchange of prana. Further, Ayurveda suggests that women should rest and avoid all activities that involve bodily exertion or mental stress including household activities.

Unfortunately, when we translate ashaucha into English as “impurity”’, we lose all these nuances and end up with a word that associates a moral judgement with menstruation. Interestingly, when I investigated the source of this moral judgement inherent in the English usage of “impurity”, I could trace it back to the Abrahamic religious worldview that associates menstruation with Eve’s original sin and the subsequent eviction from the Garden of Eden/Paradise. This association of menstruation with original sin made them consider menstruation as a state of sinfulness and moral degradation, which then became designated as “impurity”! In other words, we are carelessly imposing an Abrahamic understanding of menstruation on Hindu practices/beliefs prejudicing an otherwise rich and nuanced treatment of menstruation in Indian culture.

Once we remove the Abrahamic bias from our judgement, we can see that Hindu traditions celebrate menstruation in various forms. We have deities like Kamakhya, Parvati, Lajja Gowri and others who are specifically associated with menstruation. We have temples and festivals spread across the country that celebrates menstruation with much fanfare: one example is the Ambubachi festival at Kamakhya. We openly celebrate the onset of menstruation as a sacred event. At an individual level, the lifestyle practices called Rajaswala Paricharya that are suggested for menstruating women and which have become branded as “oppressive restrictions” today are in reality practices suggested keeping in mind the healing, purificatory, and austere nature of the menstruation process. Such an open culture as Hinduism cannot and does not induce shame. Like the moral degradation associated with impurity, shame is another product of the biased framework of judgement that misinterprets shyness as shamefulness!

One last point. On the question of biology, Hindu practices do not ignore it. They instead enrich it by also taking into account a woman’s subjective experience of the process and elevating these experiences into an austere, sacred process that deserves celebration. If someone does not want to subscribe to this cultural viewpoint of celebrating menstruation and instead want to cling exclusively to the so-called “scientific explanation”, then that is their prerogative. However, such people should not sit in judgement about how a religious/cultural tradition must function, or how a religious practitioner must lead her life, or whether a religious practice is a mere superstition.

I thank Sri Ramesh Rao for proofreading the article and suggesting improvements. 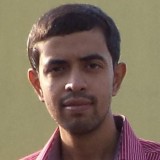