Yet a question after the CPI(M)-led Left Democratic Front in Kerala was decimated in the general elections? To the question of a journalist to the Marxian supremo, the Chief Minister of Kerala, Pinarayi Vijayan, whether he will change his style of ” arrogance”, he was cool in responding “For what should I?”.

‘For what should I’ will stay for long in the political arena of Kerala.

No doubt, everyone in Kerala knows what stuff Pinarayi Vijayan is. Just as India opted for Narendra Modi over a gloomy, pale, feeble leadership of the Congress, Kerala voted for a strong man, sharp and quick in action with tremendous commanding power. Even though it was the veteran of the peasantry revolution with scars of bayonet imprints, VS Achuthanandan, the star campaigner who pooled the mandate to the Redbox, people knew the end. It was a repetition of neglecting Gouriamma to throne Comrade EK Nayanar.

VS met the fate of Nripen Chakraborty in Tripura. The CPI(M) leadership could not do the same with VS owing to his mass base. Is Kerala following Tripura mode after Nripen?

Chakraborty was expelled from the CPI(M) in 1995. He went into hibernation and out of public life. He even refused to meet journalists. On 24 December 2004, when his health deteriorated, the Politburo took a U-turn to readmit him to the Party. Was he in his senses to welcome that decision, or to smile from his heart? In his traumatic state of health, did it give him another shock?

Once, we sat across, Chakraborty shared his journey from Dhaka and what party meant for him. Never wanted to write and create sensationalism. Have no doubt, at the remotest corner of very little sense that was remaining, he would have felt broken… And on 25 December 2004, Nripen Chakraborty breathed his last.

Did Nripen do that bad to his party? Were the electoral failures on his own account? There was a time in Tripura when no voice was heard above Nripen. A true Marxian leader, who commanded the party, leaving no one stand tall against him, by 1997-98 became an insignificant person. As he said, “Take care of you as you go out,” it meant a lot.

Nripen had no parallels. His disciple Manik Sarkar created the divide between Bengali and indigenous Kokborok people, pushing them to the corner. The same happened in Kerala during the Sabarimala episode when the CPI(M) cadre and leadership rebuked the upper castes, made every attempt to revive the century-old untouchability and deprivation of backward classes. Street fights and open confrontation between the RSS and CPI(M) cadres were next to Mandai, except that it did not escalate into a civil war or cause bloodshed.

But the Mandai massacre of 8 June 1980, where nearly 820-900 people were killed and succumbed to grave injuries, was the beginning of the end. A question that only Dasarath Deb could have answered, on what was the meeting a day before at Mandai. Was this meeting of 7 June to draw a new line on the Tribal-Bangladeshi illegal migrant equations. The terror and fear of Mandai could be felt during my journey with the self-styled commander-in-chief of the outlawed Tripura National Volunteers to Amarpur. It was a mission to unite together all fighting factions and bring them to negotiations with the Government of India.

I was on the front side seat of the Jeep, Hrangkhawl in the middle between his driver. Deb Burman, his second, was behind. All had traditional khukhries and no arms. Hrangkhawl gave me a good piece on the way “Kk, no one will shoot you down, but a stray bullet is always welcome.”

After a few hours, I felt to see the market to get something for the villagers. We stopped at a local haat. I got down and Hrangkhawl in his own style jumped out. The market was noisy. A man sitting screamed loud, “Bijoy Hrangkhawl!”

In less than two seconds, the noise faded off. Pin-drop silence! The man who was laughing had put a sudden brake and his jaws remained open. The fear and terror was deafening.

The market had nothing except vegetables. No staple food. Only watermelons as the largest commodity. The real face of the CPI(M)’s celebrated the state of Tripura!

It is a good lesson for an authoritarian party leadership on the fate that follows after an electoral debacle, experimenting to divide people into communal and religious grounds. Nripen and Manik Sarkar who took an anti-Hindu stand in 1992, made inroads for the BJP.

People are not different anywhere. In Bengal, the triumph of BJP is a picture that the CPI(M) would never agree or admit: the enemy’s enemy is a friend. And now, will Bengal and Tripura lay the roadmap for destruction of the party in Kerala?

The answer lies in the societal security and public order that serve as the pointer to a good State government. Creating a ground for the unruly crowd to rule the street reflects a lack of accountability and collective responsibility of the government.

No government is elected to enforce on the people their political agenda and to force people to accept their political philosophy. Every voter has the right to have the manifesto of the political parties and the declared agenda of the respective candidates. The Representation of Peoples Act 123 is silent on this quarter except for “gratification”. Freebies, soaps and opera continue to plague elections, and farmers are the worst victims. Political parties compete to waive off their loans. Equally, as what is spelt under Section 123 (3A) that applies in an election, can it be violated after elections?

India is a country where election happens somewhere or the other for some of the other bodies in every six to seven months. The question of “Brahminical tyranny” and “upper caste” divide — including derogatory use of kulastree to divide women have come to the fore. An elected government cannot promote a caste-and-community divide in a State or the country for their political gains. It is nothing more than the gratification of castes and communities to consolidate and this leads to a caste war. Kerala is to be read with a different ‘red’ note.

An identical societal situation prevailed in Kerala in the late fifties to sixties, where a clear-cut caste division and outrages created violent conflicts in many parts of the state. That was the time the Naxal movement took its final shape, which quenched the bloodthirst of the politically instigated communities against the upper castes. Feudalism had ended in Kerala after the 1968 Land Act (Act of 1967). The helpless, financially crippled upper castes had no societal standing. The conditions were favourable for an armed conflict. Enough venom had been pumped into the society on the grounds of upper caste traditions, paving enough ground for leftist and religious extremism to surface.

With Bangladeshi Illegal migrants of criminal nature and silent terror modules spread across the State, Kerala is landing into a turmoil. Demographic distribution of the State poses many difficulties for the security machinery to operate.

The anti-Hindu drive will lead to societal disturbances and divert the focus of the law-and-order machinery of the State will serve an ideal camouflage for all fundamentalist elements to operate at will. The sensibility of the political system is what matters.

Will Kerala roll into the Disturbed Areas Act and AFSPA in another 10 or 15 years? Another Tripura in the making? Whatever it be, the BJP and the Congress need to hunt for an aggressive and dynamic leadership to cash in on swing voters of the State. The debacle of the Congress at the Centre will inflict severe damages to the State. There is enough time for the CPI(M) to regain momentum. 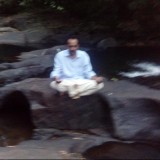